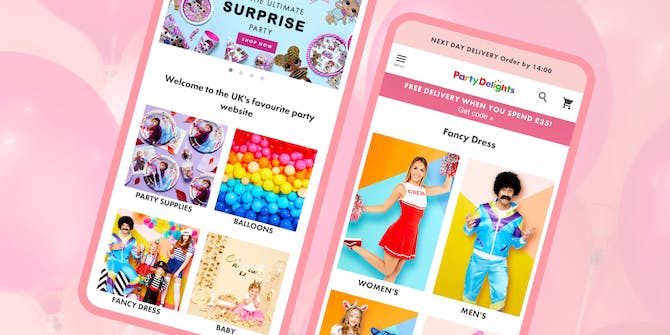 A brief look at the changing design of PartyDelights.co.uk.

Long before I joined Party Delights the site was built and maintained by two of the founders Paul and Steve. Both had a background in accounting. Neither were amazing designers, but they designed and built their platform from scratch in microsoft ASP. 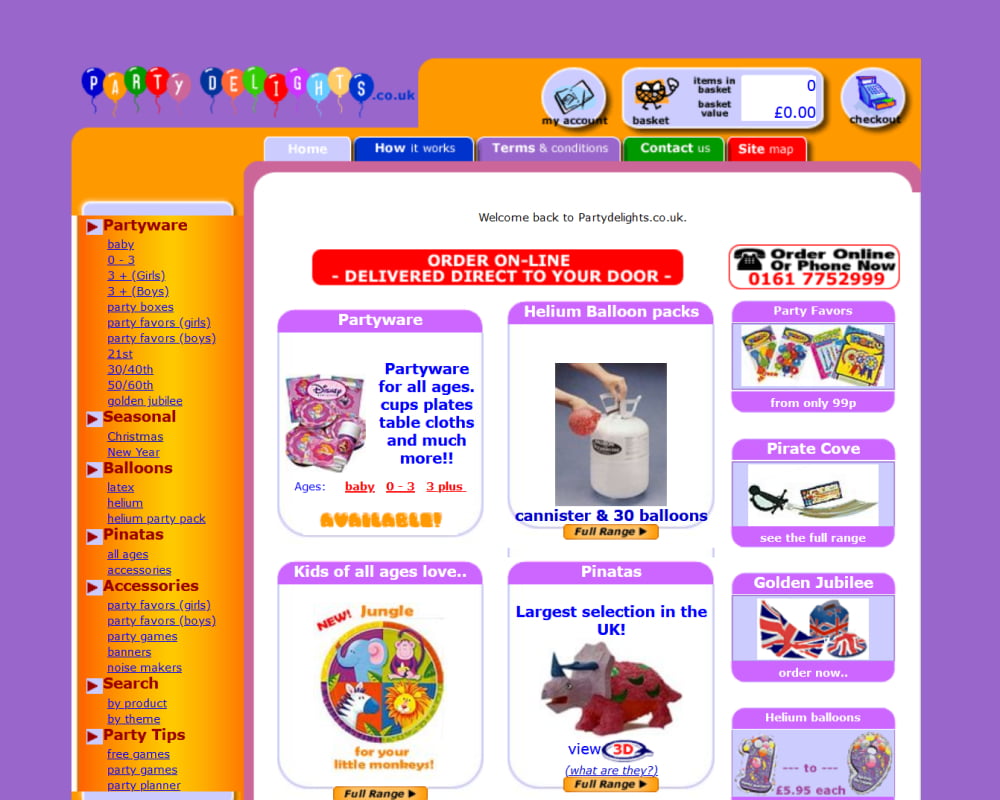 With two designers on board the party delights brand was evolving and Web 2.0 design was a big part of that. 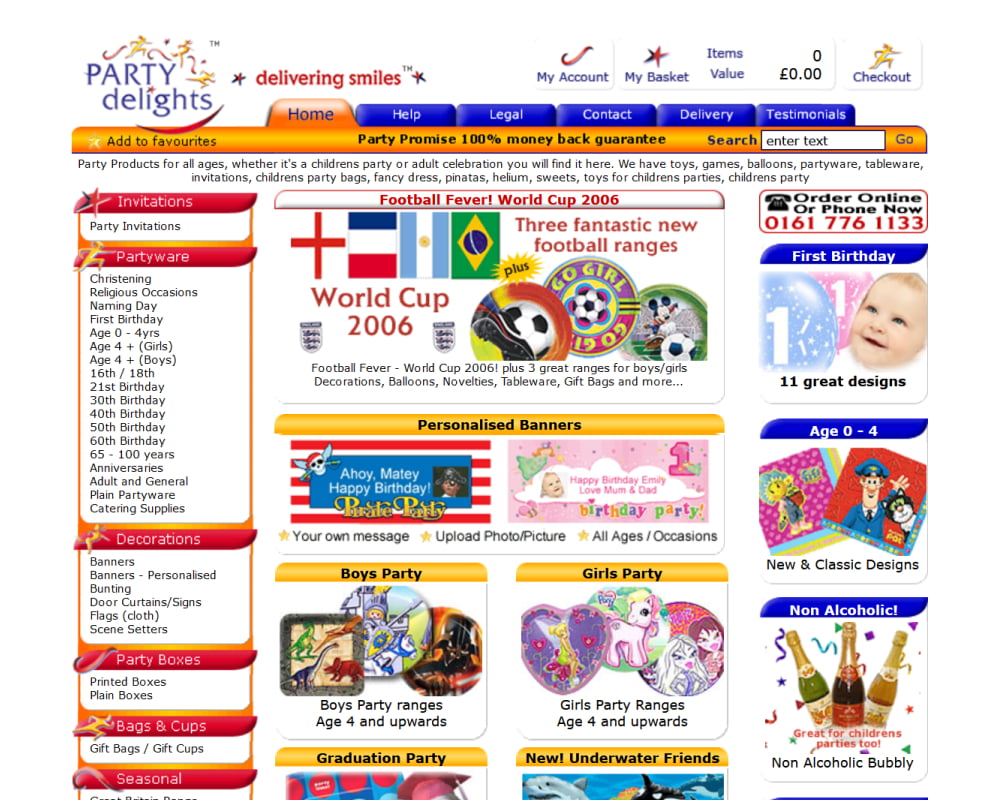 I joined the team in November 2008 and set about working on the existing site. Seeing opportunity improvement I pitched my ideas and took control of this part of the design work.

A good portion of my work at this point was manually updating HTML using dreamweaver, we had no CMS!

By this point in 2011 the website had been adapted to run at bigger viewport sizes. It was running on a custom designed CMS and I had pioneered making the site responsive.

We'd re-branded as delights.co.uk (work by me) with the view to branching out into more product areas. This was a catastrophic failure for our organic SEO and it took a long time for us to recover from some of the changes we made. 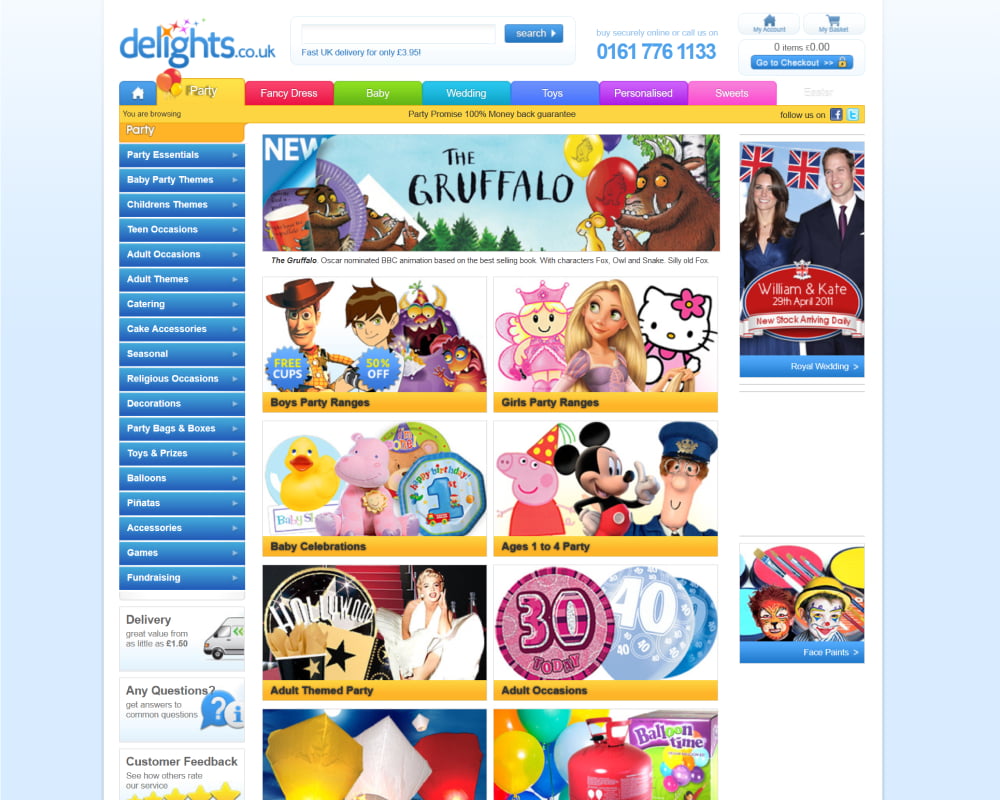 Time for another re-brand having been sold to US company Party City. I based our new UI and logo on their exiting branding while keeping the stronger colours and variety of the party delights branding.

We added unique selling points above the fold and saw direct impact to our conversion rates. 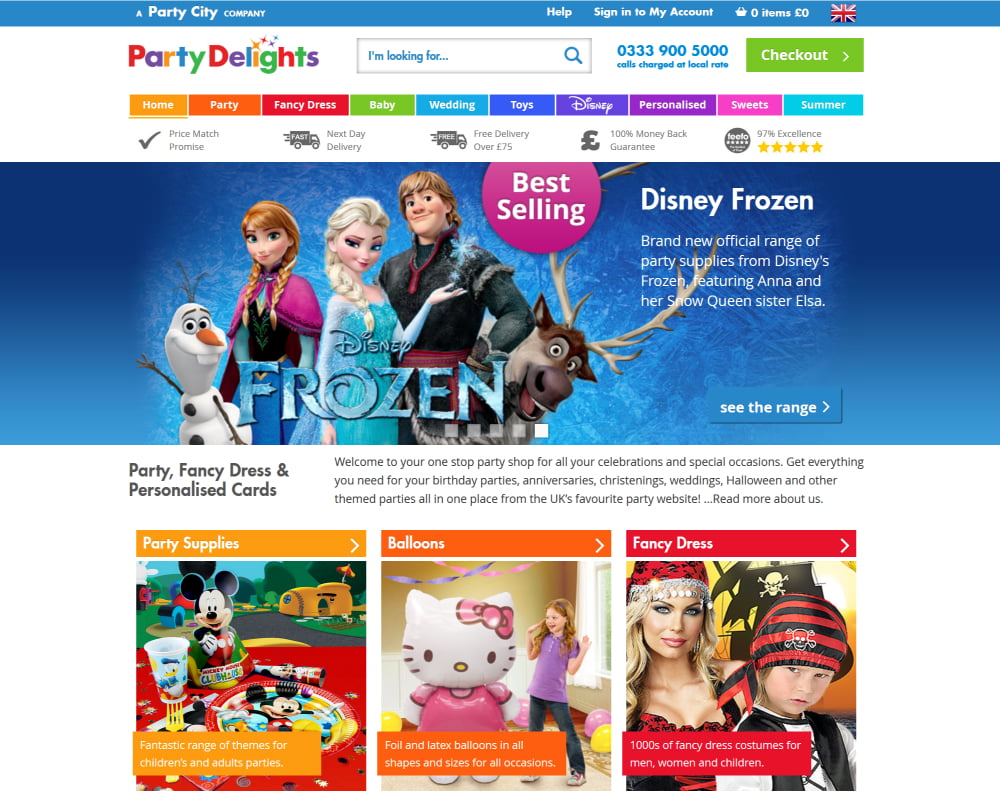 As we iterated on our designs we simplified the way promo content was displayed in the carousel to make changes faster and easier for our marketing team. 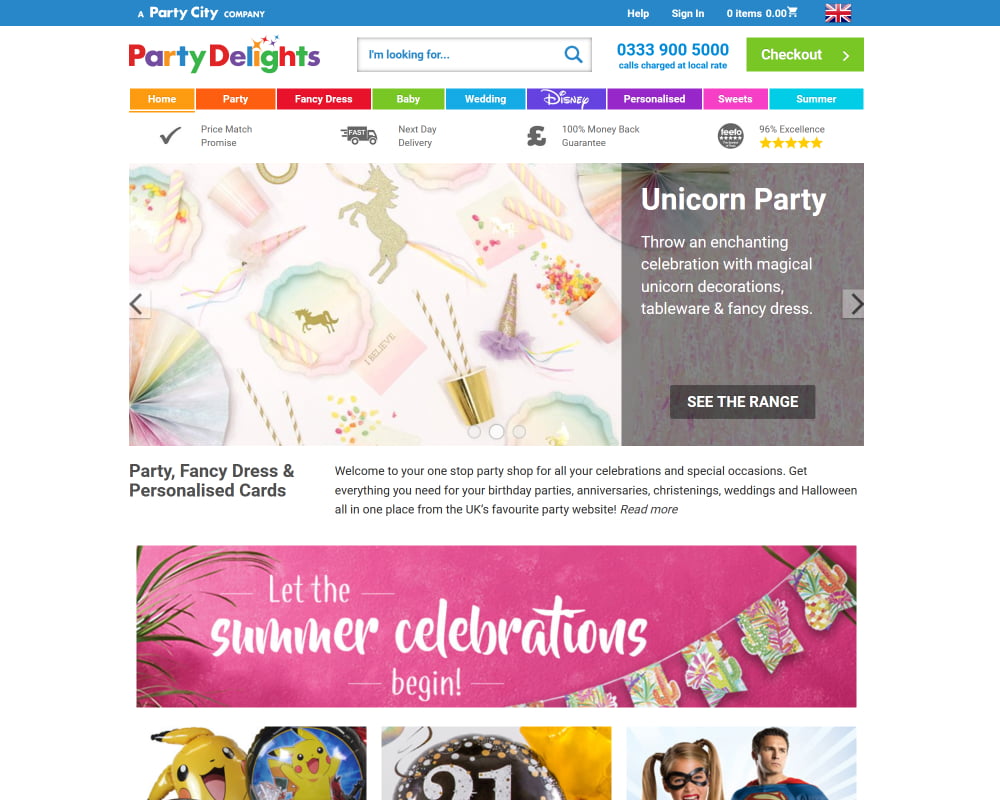 Working on our information architecture and product photography lead to better click through rates across the site.

It's also worth noting that by this point the site was built and designed mobile first. Doing this reduced the amount of CSS needed for the site by 30%. 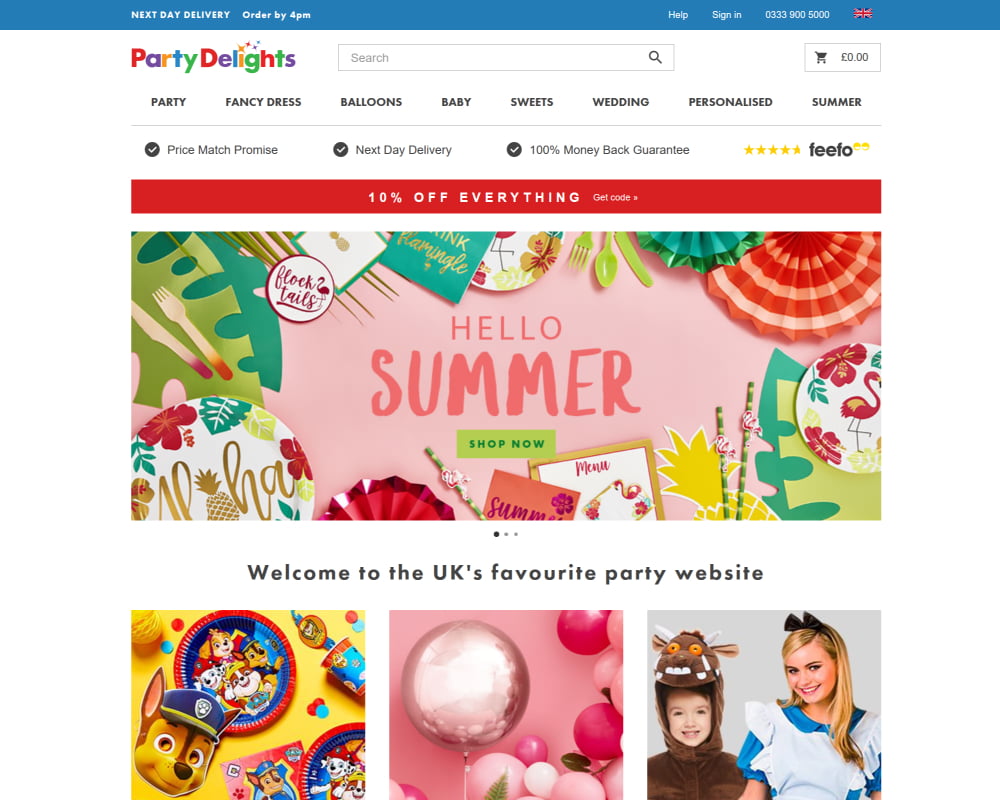 I've now left the building, having left in place a team that is more than capable of maintaining and iterating further.

The team continues to use brand typography more today and the site has never looked better! 🎉 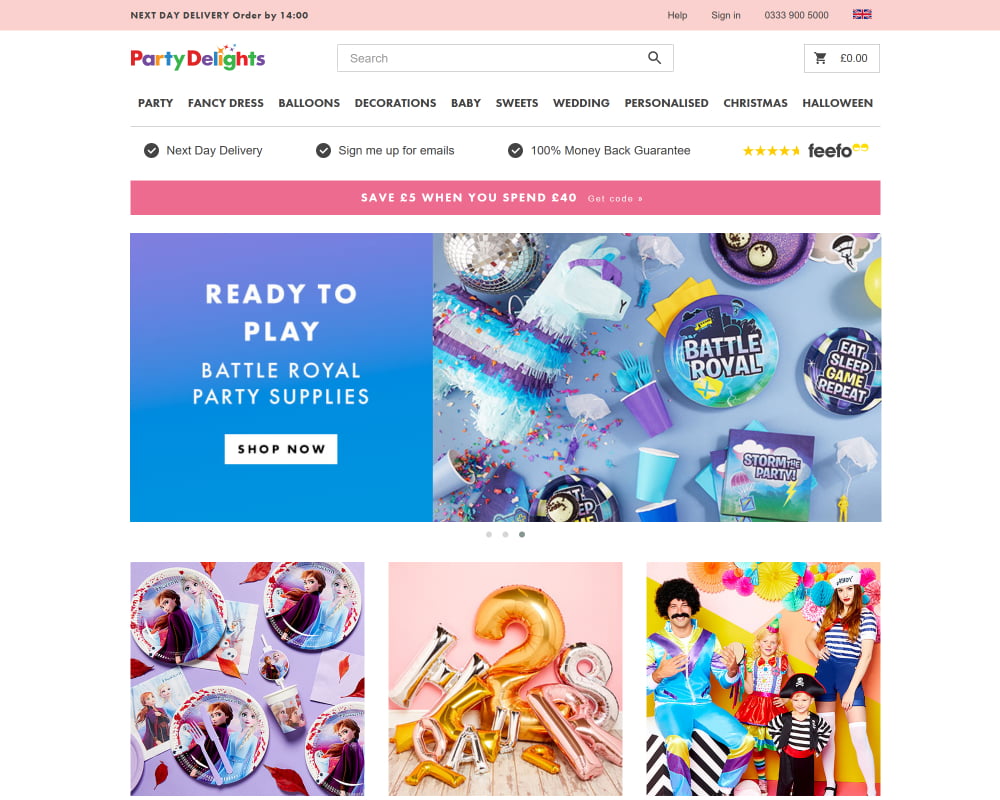 What you don't get to see in this overview is all the testing, failed designs, and user feedback that went into making the site a success.